A good olive oil is as a good wine: a matter of taste. It depends on your preferences. A good oil presents a balanced mix of fruity, bitter and spicy flavour. Olive oil is rich in antioxidants such as vitamin E and secondary plant compounds such us polyphenols. The regular assumption of olive oil helps to supply the immune system with these substances and to strengthen it. In addition its high concentration of unsaturated fats is important to maintain blood cholesterol levels normal.

The cold-pressed extravergine olive oil produced by the farm business “Gian Luigi Salaris” is obtained entirely and exclusively from the directly cultivated fruit of the olive groves of the family property.

The aim of the  producer is to offer the exacting consumer a very high quality product of guaranteed origin, fruit of direct and constant attention to the entire cultivation and production process.

Each of the varieties cultivated in our groves contributes decisively to the chemical and organoleptic characteristics of the product: the Bosana, with its aroma, spicy flavour and characteristic hint of artichoke; the Semidana and the Tonda di Cagliari, with their more delicate flavour, which confer harmony and balance to the blend.

Harvesting of the olives takes place between the middle of November and the beginning of December, as the individual varieties reach full ripeness, and the fruit is “cold-pressed” on the same day it is harvested.
The extraction method operated by local oil mill in Seneghe permits that the natural concentration of polyphenol is conserved intact. The oil extracted, having been obtained exclusively from the fruit and not the kernels, maintains almost entirely the compositional properties of the olives. Afterwards the oil is subject to a refining phase during which the severe control of the temperature is fundamental. This allows the oil to settle without the need to filter it.

In February, after this settling period, the oil is filled into glass bottles of 0,5 litres and 0,75 litres.
A limited quantity is on sale in 5 litre cans. On request we also fill bottles of 0,25 litres.

The oil can only be purchased directly from the producer by contacting us per e-mail:

The farming business “Gian Luigi Salaris” carries forward a family tradition which has been passed down for at least five generations.

The present owner, while pursuing in the footsteps of tradition, has introduced far-reaching innovations, both in the method of cultivation as well as in the elaboration of the product. In the 90’s a new grove of exclusively traditional Sardinian cultivar was planted out, and in the following years the entire surface of the farm was adapted to modern methods of cultivation; always taking care to maintain, and often restore, the environmental aspect of the traditional olive groves of Montiferru.

In 2009, within the antique, carefully restored farm complex, a new acclimatized laboratory, designed for the conservation and bottling of the product under optimum conditions, was inaugurated.

The property is spread out over approx. 7,5 hectares, situated within a radius of about two kilometres of the built-up area of Seneghe.

The oldest olive groves go back more than three centuries. The varieties present in the groves are the traditional ones of central and western Sardinia: Manna, Bosana, Semidana,to which the Tonda di Cagliari, another strictly local cultivar, has recently been added  to confer harmony and balance to the blend. 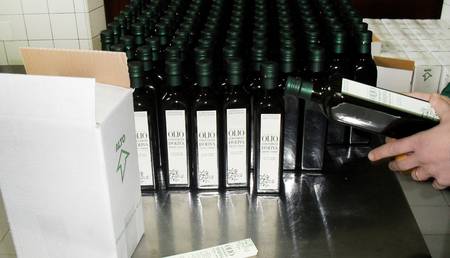 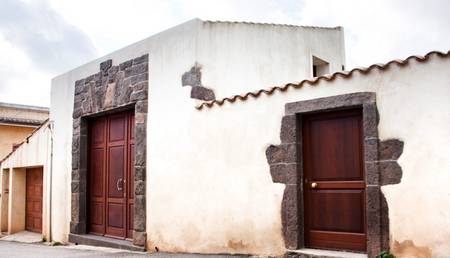 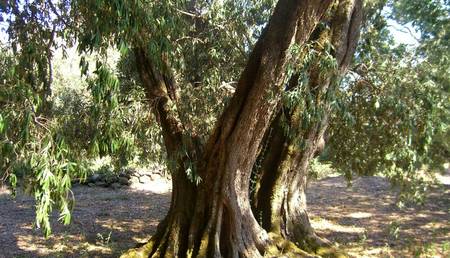 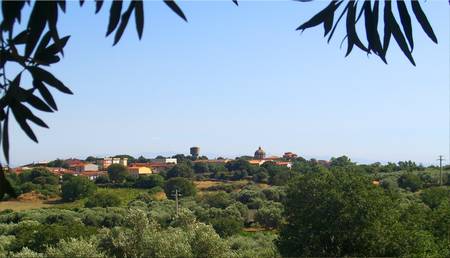 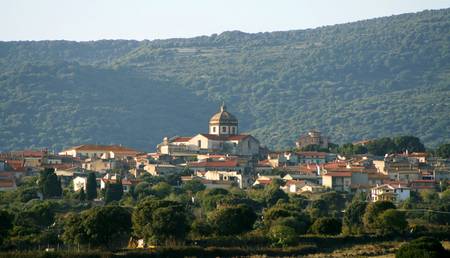 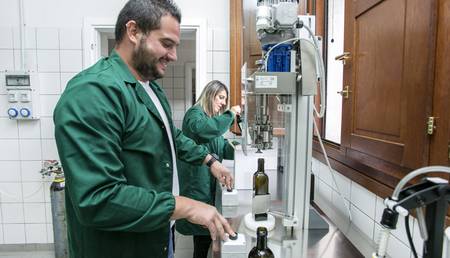 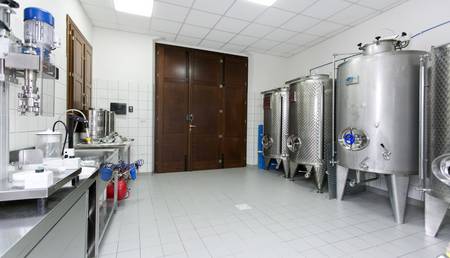 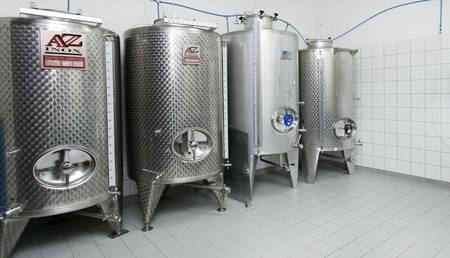 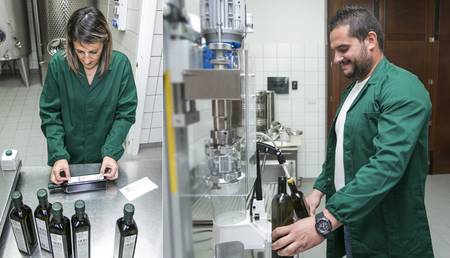